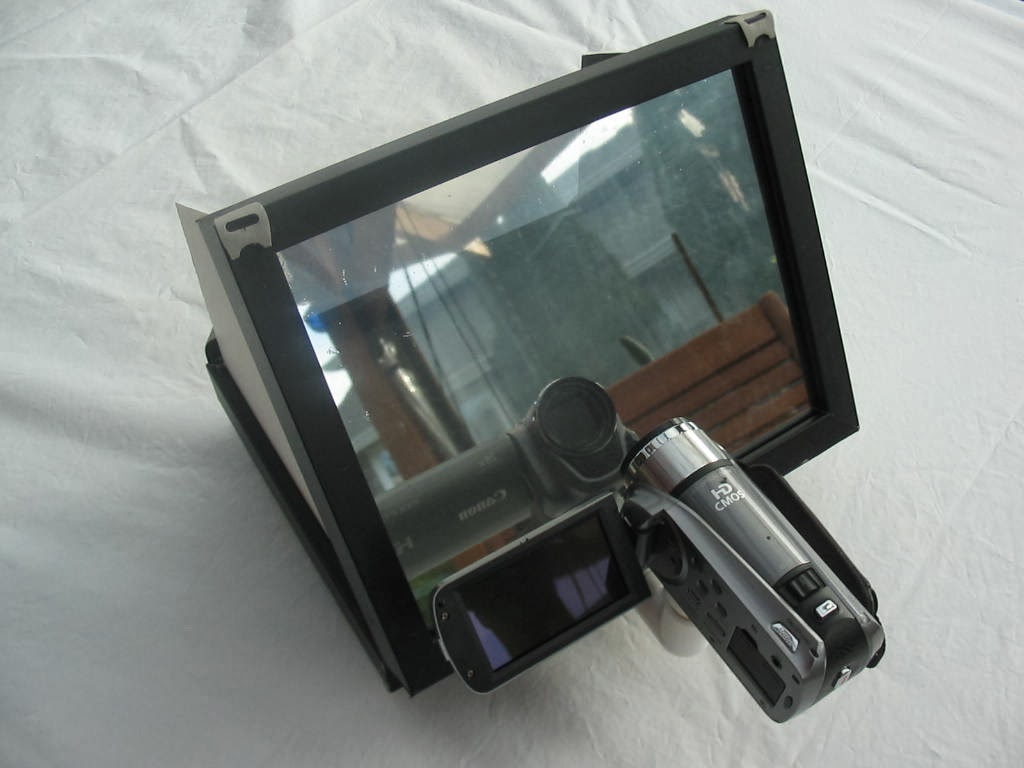 My first Video Blog  ( http://youtu.be/zlZjuWDLtFE ) was well received but in shooting it, the value of having a teleprompter was glaring because I was not fully engaged with the camera and my audience as I tried to read my fluttering notes.

Googling finds several DIY ideas the best of those, in my opinion, is found here : http://www.youtube.com/watch?v=dIbiS3QNsdo .
Sorry but I don’t have the gentleman’s name to assign credit !

Here is a list of changes or improvements from the one referenced above:

It might be worth considering a larger frame size such as 11″ x 14″ since looking into the tilted 8″ glass only gives you approx 6″ view of the iPad
If you do not have a lavalier mic you will need to get one since you have now placed your camera mic behind the glass and under the drape making it quite useless.
Window Tinting Materials
I have friend who installs window tint film so I was able to obtain a variety of scraps to try. Silver proved best suited to this application. Now I had never applied this material be my friend gave my instruction on “How to ” :
Teleprompter Software for Apple iPad iTouch & iPhone

I tried several offerings and found after trying first the free ones that all  had sort comings which caused my to purchase the highly praised  Teleprompt+  and also to download the free sister program to enable my iTouch as a controller for the iPad.

The most serious limitation with the others was nor being able to import text files from emails and other external sources. 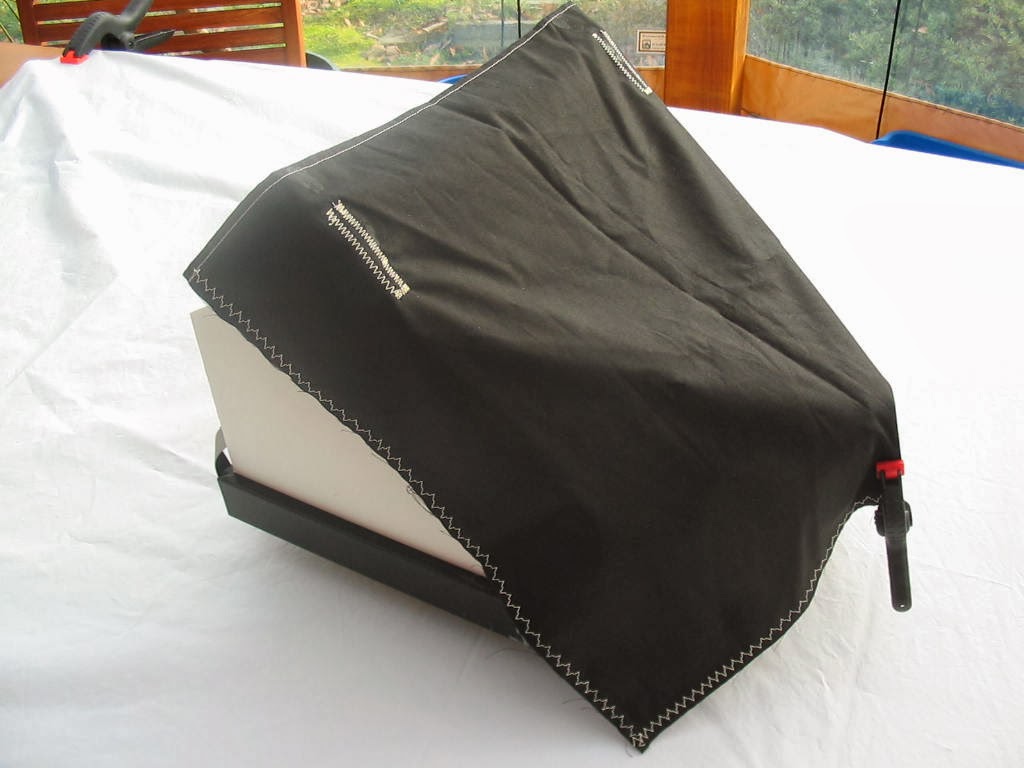 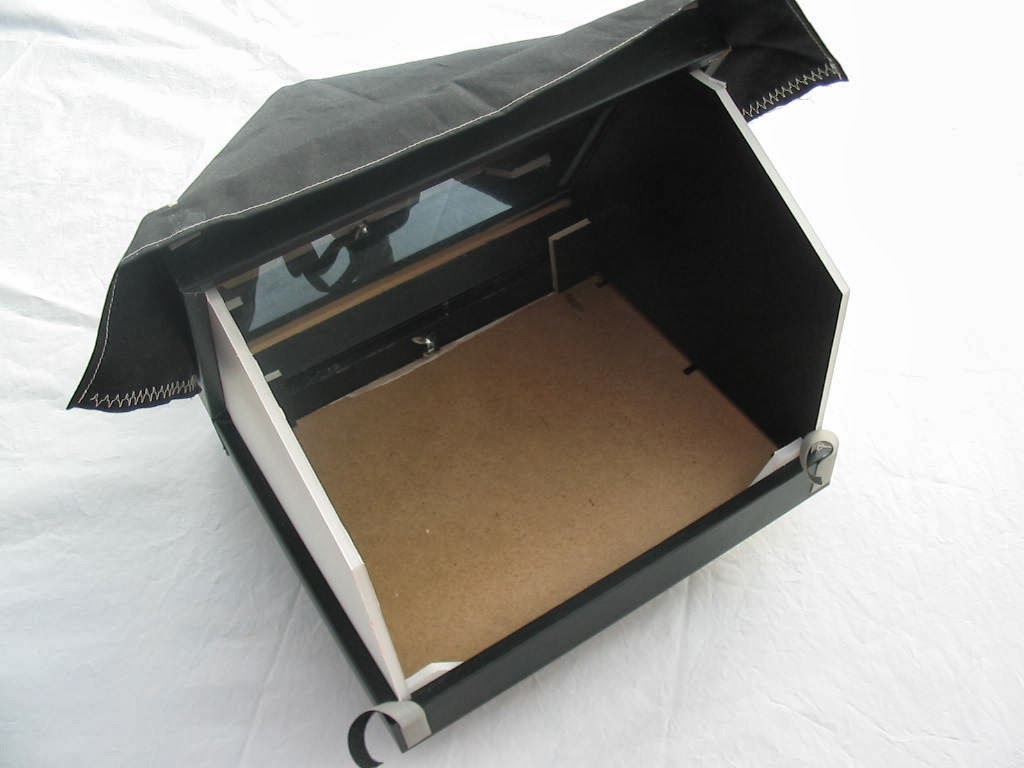 When I set out to shoot my 2014 Christmas Video blog using my  teleprompter on location I encountered a couple of issues. These were quickly and easily remedied as you will see.
Shooting out doors always adds complexity and on this day it began to rain.
1 – During the set up rain spots got onto the camera side of the glass 🙁 .
2 – I had no convenient adjustment of the mirror angle hence the prompt text was partially obscured 🙁
3 – Setting the camera alignment meant lifting the blackout cloth which caused unwanted reflecions from above:(
Not much to be done about ! except to  include an umbrella in my Camera gear bag and a fine cotton cleaning cloth:)
On retuning home somewhat dejected I made a a pair of St.Steel wire supports for the black out cloth and mounted these to the outside of the lid/mirror frame. This works great !
Next drill a small hole near the rim of a the lid from a pharmacy pot and screw mounted this to the outside of the mirror frame so that when rotated it opens the mirror frame wider = steeper angle 🙂
I also added a couple weights near the rear corners of the cloth to ensure it hangs nicely 🙂
Best wishes to you all for 2015
Tomt