I have a curved bottom plane probably made by my Grand Father Tom Thornton during his apprenticeship. I inherited from my Dad and tidy it up to put on show.  This type of plane was used often for rough work and create concave surfaces such as Chair seats or parts used in carriage making. It had not been used in my memory. I recently started a project of a curved top desk which also has curved legs 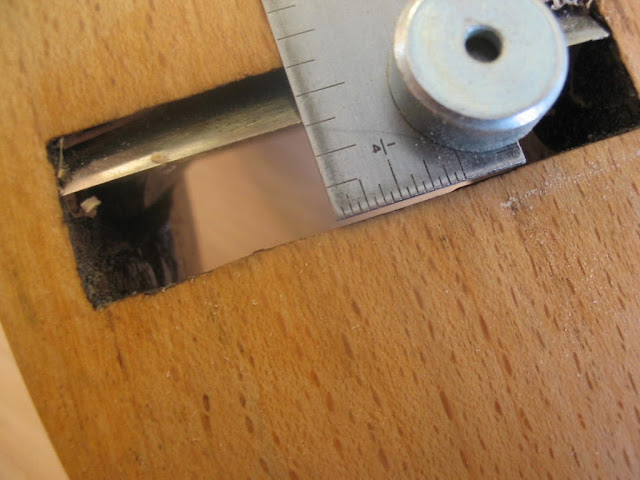 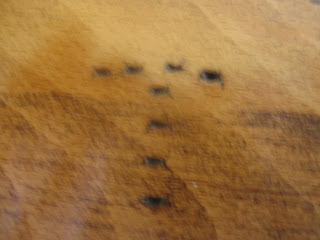 Having bandsawn the curves I needed to refine the convex surfaces. I tried to use the Compass plane but struggled with it because the throat was very wide = 5/8″. I looked at information on the web which suggested that a narrow throat enable fine shaving cuts to be made.

Although reluctant to modify the plane I decided to rout a recess in the sole to accept an insect to narrow the throat opening. I used the Shopsmith as router/mill and clamped the plane body to the worktable. using a 5/8dia bit cut a slot 1/4″ deep across the trailing edge of the the throat. 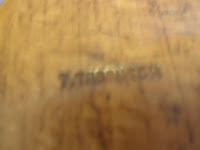 From a piece of selected very

hard wood I made a key plug a jam fit so as to avoid glue and have it removable.