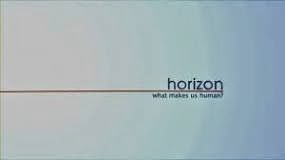 We are able to watch BBC TV programing via the BBC iPayer using a VPN. Now the BBC have launched two services to countries other than UK. The new BBC International iPlayer is an internet subscription for about $8/month service. This being about the same us the cost of the VPN Astrill that I have used for the past couple of years.

I download programs of interest on the MacBookPro and watch them later on the big screen via Apple TV.

BBC Horizons  – http://www.bbc.com/specialfeatures/horizonsbusiness/
Scroll down the page to see the App. download link.

Watch on BBC World News:
Saturdays – 01:30 and 08:30 GMT
Sundays – 15:30 and 21:30 GMT
The fourth series charts a new voyage of discovery to the four corners of the globe. We critically review the cutting-edge science and emerging technologies that could radically shape our future, disrupt the status quo, and alter the way people live and work in the decades ahead.
Horizons puts the spotlight on innovations that could transform our global business environment, change whole industries and alter our social landscape. The series highlights disruptive technologies, evaluates their potential, before they begin to exert their powers on the global economy and society at large.
Science and innovation is moving so rapidly, and in so many directions, it’s a daunting prospect, that’s why Horizons aims to cut through the noise and assess the potential impact of major rapidly advancing areas of technology.
Some of the latest discoveries always surprise us from digital lasers to 4D-printing, new fuels from seaweed to urine powered robots. In this series we highlight many new frontiers where high impact inventions are making a real difference.
We also call on some of mankind’s greatest minds to bring these discoveries to life.
Enjoy !
Tomt