The PVC pipe boat stand which came with my boat is a bit rickety. John Ball suggested that he and I make a pair of better ones from plans he downloaded from the web.  The stand designer is David Jensen of Bellevue, WA  –
Thanks David 🙂

Today we built two of these and we are well pleased with the results.

I had wood sufficient on hand and John furnished the dowel rods and hardware costing about $8 /boat. We deviated from the original by using plywood for the boat supports. 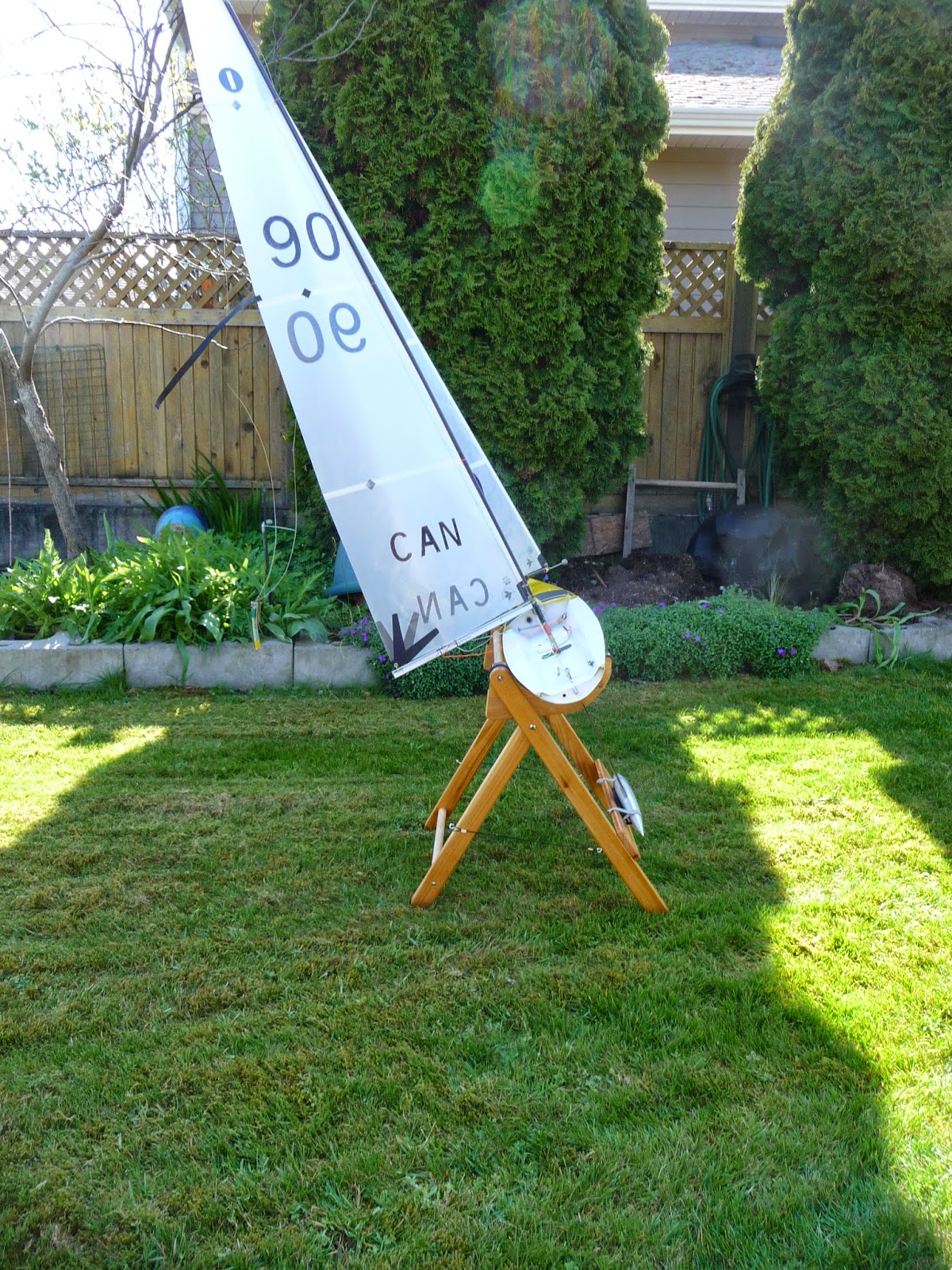 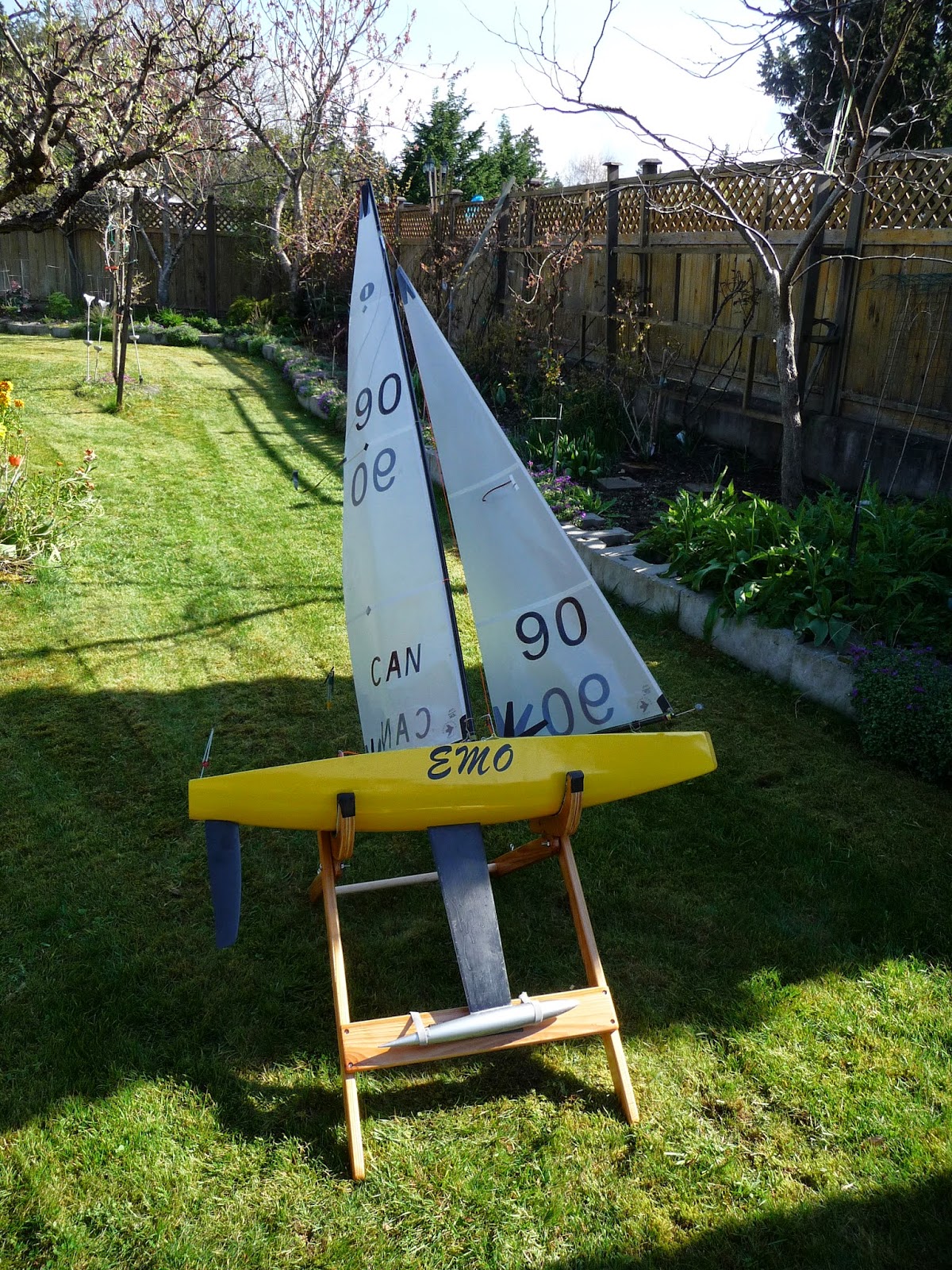 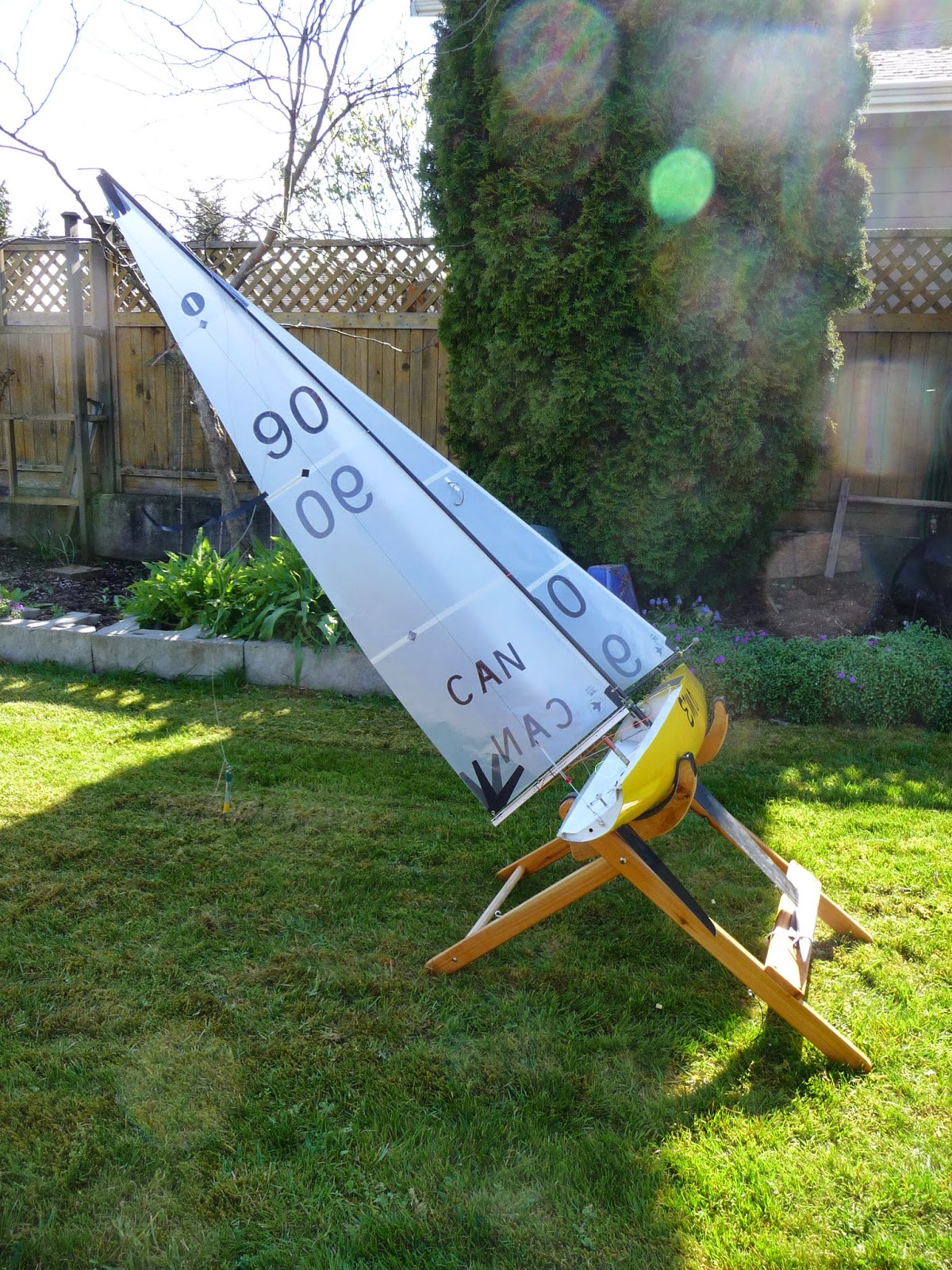 All that remains is the sanding and a couple of coats of polyurethane.

Getting serious with RC Sailing

A couple of weeks ago I was given the opportunity to take the helm of an International One Meter ( IOM ) radio controlled  ( RC ) sailboat and ran a few races with the lads at Long Lake Nanaimo BC . It was the most fun that I’ve had in a long while :))))))))

So I posted a “Wanted Ad ” and was directed to a boat built and raced by John Ball a few years back. The boat is a Frank Russel design called a Goth – EMO.
It is in pretty good shape needing only minor tweaks under the guidance of John Ball. It came with 2.4 ghz radio and two sets of spare batteries “A” and “B” rigs and an alterate fin.

John also came to my house to give me a tutorial on dry land tuning the “A”  rig.